Previously, we were all about how film palettes created ‘moods’ for your films and give the plot and characters that extra depth of flavour.

Now, we’re going to reveal another secret to perfecting your film – lighting!

Filmmakers use all kinds of lighting techniques in their videos or movies. If you thought that natural or regular light sources were your only options, you’re not quite there yet.

From placement, size of the light source to additional tools to create light – there’s a lot more you need to know. Now, let’s go into the commonly used film lighting techniques and brush up your knowledge!

You’ve probably heard of this somewhere even if you aren’t a veteran in filming; it’s the basics after all.

But if you’re still clueless or have forgotten this technique; we’ll explain it with one of the scenes from Amélie! Just as its name states for itself – it is the primary light of the scene. Out of all the other light sources, it’s the most powerful one of them all.

Even if there are other light sources, the filming crew will scramble to set the key light first – it is the most important after all. Say goodbye to dark, shadowy areas thanks to fill lighting!

It is placed directly opposite the key light so the subject’s features or main focus is still kept within the light. Usually set up from a higher angle, the backlight hits the actor or object from behind.

It’s purpose? To separate either of them away from the background to give them more focus, shape and depth. Besides, it also helps in creating a three-dimensional scene – making it the main reason why its added last during the setup.

Don’t just limit to yourself to those three lighting techniques – we’re not done just yet!

Basics are important but to demonstrate the full potential of your room; you’ve got take it up a notch with a couple of other methods.

We know; this technique pretty much speaks the obvious.

The light source is placed in a manner where it is parallel to the actor or subject. It is done to create a faint light fill for the scene to achieve a dramatic mood. We know that intense look in his eyes does justice to the film, but adding a side light makes it twice better.

This technique is also known as Chiaroscuro lighting, where a strong contrast and low-key light are combined together to show the texture of the subject and puts them under the spotlight.

To maximise the dramatic look in the scene, its best to even go without a fill light or at the very least have the fill ratio brought down to 1:8.

Think of all your regular light sources – we’re talking lamps, candles, fairy lights or even your television. All these light sources essentially illuminate the scene naturally and help the ambience.

However, working with practical lights is not that simple. Light sources like candles may not be powerful enough to light up the subject, whereas in some cases it might just be too strong.

Sometimes, it would even mean taking measures like switching to stronger light bulbs or cutting some diffusion gel and wrapping the light bulb with it. In this case, practical effects and realistic lighting were used to create the eerie feeling in the scene. Feel the chills already?

There’s no specific lighting direction to follow when it comes to soft light; it’s just a term used by top production houses and filmmakers to create a certain aesthetic.

In other words, it’s the size of a light source that matters – not placement.

Remember when we talked about fill light? Same, exact concept here. The use of soft light is to reduce harsh shadows significantly or even completely eliminate them.

Ace this, and you could even add youth to the actor’s face! See what we mean?

Now, if the opposite of soft is hard – what does it mean in lighting?

Usually, filmmakers try to avoid this at all cost but use it correctly, and it’ll accentuate your subject, highlight their contour and create a strong silhouette. Can you feel the tension? Because we certainly do.

It is exactly what it says – the bouncing of light or specifically – light reflection.

Have a silk? Foam board? Or a white card? All these are used to bounce light from all kinds of light sources such as lamps, the sun or any film lighting kit to shine light on the subject. 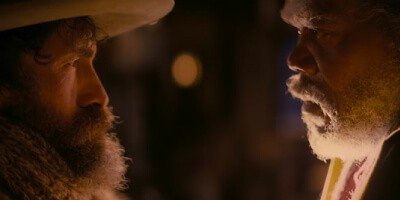 Or in Kurt Russell’s case – Samuel L. Jackson’s beard. No, we definitely kid you not.

It doesn’t even necessarily have to be a tool; even the wall or ceiling is just as useful in bouncing light. This creates a larger area of light which is more evenly spread out.

Lots and lots of fill lights are used to create an extremely bright scene that is close to being shadowless. It might even go to the point of overexposure.

In this technique, lighting ratios are completely disregarded, so all light sources achieve the same intensity.

Back then, it was only used for dealing with high contrast – now it’s perfect for even adjusting moods and tones of a scene! You might have even seen it in pop music videos, sitcoms and cosmetic commercials – but just didn’t know it. We know how enchanting Legolas can be – thank you high key lighting for enhancing his beauty. 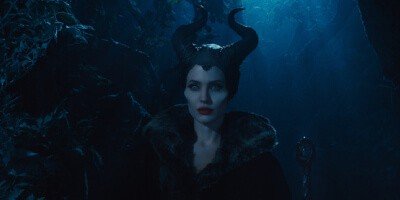 Just look at how mysterious and alluring Maleficient looks like – isn’t it a sight worth admiration?

Unlike high key light, low key light is all about covering the entire scene with shadows instead of light.

The focus here is on the use of shadows – not the subject. There will only be one significant light source, with surrounding shadows.

At times, it is nearly impossible to get natural light sources like moonlight, sunlight and street lamps when nighttime arrives.

Here’s where motivated light comes in to be the ultimate imitation! Don’t confuse it with practical light though – they’re two separate things. One lantern, is all it takes.

Motivated light is used to enhance practical lights to be the exact replica of a natural light source, if at all possible. Various methods include using coloured gels to correct the colour temperature as the shining yellow light from the sun or the dim, blue hue from the moon.

This lighting technique can be a lil tricky because it’s all about taking into account the time of day.

In a way, it can also be said that it’s similar to natural lighting – just a tad weaker. While it is hard to capture it, once you get the hang of it, it is sure to create plenty of beautiful and noteworthy scenes. Taking advantage of the scenic view and light, The Revenant’s filming crew knew that this was the perfect shot to capture.

Congratulations – you’ve just picked up some new-found knowledge! We are sure that you will put them to good use once necessary; otherwise, call in a helping hand for a smashing success of a film!

You may have the perfect idea in mind but executing it yourself is an entirely different matter on its own. Hire the expertise of a professional video making company if it’s not your forte.

They won’t just get your lighting all figured out, but they’ll smoothen the whole filmmaking process.